People On The Grid with Espai Egg

This week we met up with Ella and Alberto the Founders and Owners of Espai Egg. We talked about their concept of co-kitchen and zero food waste. To learn more about Espai Egg check them out on Facebook, Instagram, Website

Katrina: Today we are here with Ella and Alberto, we are sitting in your space. Espai Egg in Raval. I want to hear more about how you set up Espai Egg and you guys, you are from. Italy and Australia. And you came together a while ago?

Ella: Yes, over food. Espai Egg came about because we were looking for a place to do our cooking classes and events that we were doing at home. We found this location and it was much more than we were looking for, but we decided to take it on.

Katrina: You are the owners of Espai Egg but you are also the owners of Bear On Bike? Which is your cooking classes. So the idea with Espai Egg, tell me the concept behind it.

Alberto: It is basically a collaborative space. Where other chefs can rent a part of the kitchen and start a project without spending a lot of money on a place of their own, It is a way to push them, Kind of like an incubator for small projects, and then it is a space for us to do all of our cooking classes, pop-up restaurants and cultural and artistic events.

Katrina: So as well as it being a co-working space for cooks. You do cultural events as well?

Ella: Right, there is three facets divided into this space.The first is the café space at the front that is open during the day. That’s The Deli Kitchen, then there’s the co-working kitchen in the middle which we’ve just walked through to get to here, the space where we do our cooking classes. It came of us, being a little bit tired of food at the end of the day and saying well let’s see who else we can invite into this space, and without much effort on our part we had people coming in and saying they wanted to do a sketch club, or Chinese calligraphy class, or a movie night and things like that. We just thought that it was a great space to do that.

Katrina: Wonderful, so you’re creating a flow in the space. Why did you decide to come up with the name Espai Egg?

Alberto: We were frying eggs as we came up with the name.

Ella: And after of just thinking about the word we thought well its actually kind of nice. An egg is an incubator, it’s a new idea, it’s the birth of a new project. And its to do with food as well.

Katrina: So tell me about the Philosophy behind this space… the ethos.

Alberto: Basically everything is sustainable. We are very attached to a slow food movement and sustainability. We also use organic produce. We aren’t strict on that with our workers, but we try and show them a way that it is possible to have a more sustainable way to produce food and catering events with food.

Katrina: Is it easy to find organic here in Barcelona or around?

Katrina: In terms of the vision for the space, you want to become a zero waste space?

Ella: Yes it is a small goal we are working towards. Being a professional working, production kitchen it is really near impossible, only a few people in the world have managed to do that. It is a nice goal to out for yourself, that you’re constantly working towards that. And everyone who’s using the space is being mindful. Like Alberto said, we don’t want to be strict about this kind of stuff. We want to introduce it in a really fun and user friendly way which is kind of what we do in our cooking classes and our dinners. You know it’s not about putting rules. It’s about setting little goals and seeing how you can play with your habits.

Katrina: If people want to come and try out Espai egg, and be part of the collaboration. How can they find you?

Ella: If you go to www. espaiegg.com there is a calendar of every single cooking class that takes place and all of the different events that we have. We also publish a lot on Facebook about what we are doing.

Katrina: Well look forward to hearing from you guys and thank you for joining us on People On The Grid. 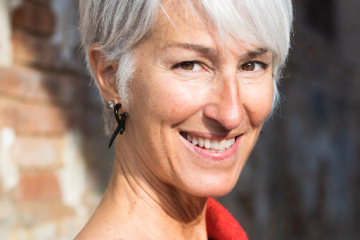 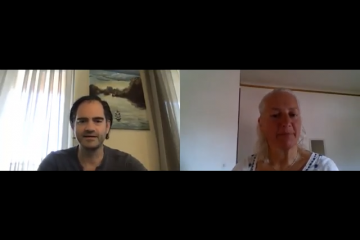