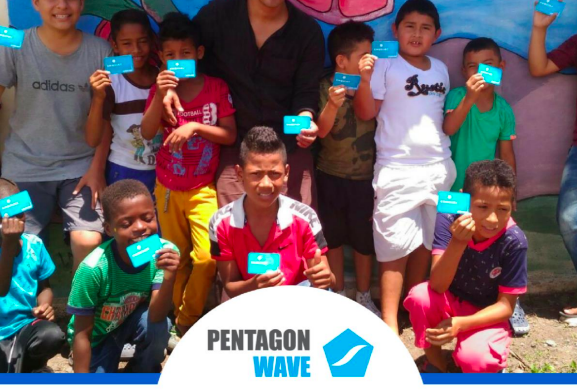 Card games have risen in popularity in recent years. Games like Apples to Apples and Cards Against Humanity are known to bring groups of friends and strangers together with laughter and fun. One card game, however, is doing this while starting insightful conversations to bring peace to conflict areas in the world like Colombia.

Enquiry is a methodology in the form of a card game that uses tailored words in order to evoke deep discussion. With a group as little as two or big as 10, players each have five cards that are used to inspire and create questions. A player that has a card that says “fear” on it would ask a question to the group related to that word and start a discussion.

The card game is designed by Pentagon Wave, a group that is trying to create peace and understanding in conflict zones in Colombia. Because of the civil conflict between paramilitary groups and the Colombian government beginning in 1960s, Pentagon Wave is combatting the divide between the people of Colombia that stems from this strife.

Héléa Khaizourane is a founder of Enquiry. Her doctorate in medical chemistry and her studies related to technology and health helped her developed the methodology to positively impact participants.

“They needed something that could bring that diversity to unity,” Khaizourane said.

Pentagon Wave has already used this game by different groups of all demographics and seen success. The game relies on diverse groups of people from different backgrounds. Players share issues they are facing, and work together using their own personal experiences to help one another overcome these obstacles.

“When we share what we are facing, the walls and the dreams, we realize that it’s not that far from a business man or a sports man or an artist,” she said.

As players share their worldview, they can come together on common ground and understand each other by communicating their own experiences. Enquiry helps players see each others’ perspective by creating a productive dialogue.

“We are not in a bubble, we are facing the same things,” said Khaizourane.

The game uses what Pentagon Wave calls “technology without cables”, making it accessible to a wide range of people of different backgrounds. The format of a card game also makes it available to the masses because how little it costs. All one needs is the 50 card pack and they are ready to play.

Steven Pineda is a founder of Enquiry as well. He works with marketing for Pentagon Wave and Enquiry. Pineda said they had to envision a format for the methodology that was effective but accessible.

“We had to design something that had to be useful in many situations,” Pineda said. “What society needs right now is experience. It’s not more theory. It’s action. It’s doing.”

Pentagon Wave is using this game in Colombia to bridge the divide created by the civil conflict, but is not stopping there. Enquiry has made its way into universities and areas in Europe to combat issues like anxiety and violence.