People On The Grid with Clement Bazan (Energy Coach)

We are trying out video interviews – check out our Interview with Clement Bazan earlier this week. we talked with him about his profession as an Energy Coach. We are hosting a Grid Talks event with Clement, February 9th. Check out our website and facebook for more information.

Katrina: Today we are with Clement Bazan. We are talking about Clement and his energy healing. So, Clement, you are actually from Léon, but living in Barcelona. But you worked, before for a big technology company.

Clement: Yes, many actually. I am 29 now. But I had the chance over the past seven years to work for big blue chip companies. Microsoft, Apple and recently Yelp which is an American Company.

Katrina:  Is one of your passions technology?

Clement: I love technology, and I believe that it can change people’s lives

Katrina: How did you get into energy coaching and healing?

Clement:  I personally burnt out. I was working for Apple seven years ago maybe. Six years ago. I knew during the burnout that some things in me that were not very good were wrong. A year after the burnout, I discovered a technique that I am doing on myself now. Which was emotional blocks and release, so I felt that I had some blocks that needed releasing on me, when I discovered the technique it was true.

Katrina: Tell me about emotional blocks release. How does it work?

Clement: It is a mix of acupressure. There are certain points on your body which I am going to press on your body to activate energy circulating, and it will release a lot of pressure from your brain. The second part is more psychological, where we point out some emotional blocks, you might have, on different topics of life. Like communication, identity?

Katrina: These are emotional blocks that you are born with or right from the start?

Clement: You get them from the start until you’re 20 more of less. Becuase you have a specific part of your brain that is not ready yet from 0-10, it get’s created from 10-25. So, this part of your brain is really important to put things in perspective, if you don’t have it, you can create blocks in your brain.

Katrina: So the type of blocks, is confidence?

Clement: Yes, about confidence, about guilt, to fear things. There is all sorts, a very large cover of emotional blocks that need to be removed if you want to be yourself.

Katrina: What if somebody is creating the same patent, emotional patents?

Clement:  So when you block on something, you reproduce always the same thing.

Katrina: It could be, you keep attracting the wrong men, for example.

Clement: Exactly, and you don’t understand why. During the session, you will talk about that. Or you might reproduce what your mother had with your father. It’s unconscious. When you talk about it, it becomes more conscious, and you can really think to prevent you from doing the same thing again.

Katrina: The clients that come to you, what kind of results do you see?

Clement: This technique helps people in very different areas. Two examples I will give you. One girl was addicted to sugar because of anxiety. So she was skeptical when she left the session. Two weeks later she sent me a message that said ” I have stopped all the addictions” She stopped sugar and chocolate. So she probably lost weight, because she was a little overweighted. I had one guy that was not confident with girls, so he was dating a lot of them without being successful. A few weeks later, he had a girlfriend and was very happy.

Katrina: That is emotional block release, and the other techniques, tell me about them.

Clement: The other one is called Access Bar, it is an American Technique. The metaphor of this technique is to remove all the files in your bins, on your desktop on your computer. So all the thoughts, emotions and limiting beliefs you have, that you’ve accumulated for years. With just fingers on the skull, I just empty the bin. So you are freer during the day, more focused. Very interesting and very relaxing technique.

Katrina: And that’s good for people who over think?

Clement: Exactly for the people that overthink and internalize, that keep the thing to them.

Katrina: So it’s just about letting it all go. You are also doing another technique. Do you combine these techniques?

Clement: One technique, it’s already a lot. It’s not very common to mix up, so sometimes you can just use a small tune in this one, to complete and make a better transition to the other technique.

Katrina: So you connect them?

Clement: Yes I connect them, but I don’t mix them. So the last technique is quantum physics treatments. I discovered a few weeks ago. It’s amazing. If you have a pain anywhere, within seconds, I can help you to relieve it. Without manipulating you.

Katrina: How do you do that?

Clement: If people come to my next meet up or come to my event I will do it live.

Katrina: So we’ll be doing a meet up with Clement for The Grid Talks; Clement will be talking about his energy coaching. and how it works. He will be showing people in an interactive way these energy healing benefit people from everyday stresses.

Clement: I hope that people will come to this meetup, and have pains, a lot of pains because it’s amazing.

Katrina: And this is on the 9th of February at the Petit Palace Museum Hotel. So, we’ll look forward to seeing it then. But what do Doctors think about it?

Clement: There are two kinds of Doctors, One is open-minded, and they start to change their mind about what is really energy. How to apply these new techniques in their daily jobs. And then there are the doctors that are still close minded. That still give pills to people, that are more traditional. You get these two kinds of doctors. So I believe that my job right now will be the future of medicine. That people will come visit people like me in the future rather than a doctor. In like 20 years maybe.

Katrina: Are there many people practicing this type of healing.

Clement: Yes more and more, it’s growing very fast. People start to recognize and understand that it is very useful.

Katrina: And your idea is to connect these energy coaches.

Clement: People that really need the specific information. My project is to build a marketplace where you can find your coach next door.

Katrina: So energy coaching, how does it differ to normal coaching

Clement: You have the science of the brain, of the body. Quantum Physics and metaphysics and things like this. To understand that we are much more than a body.

Katrina: So we’re an energy that’s connected to other energies

Clement: Yes. Normal coaching is more about life coaching which is more classical advice. You do not play it to the brain or neuroscience.

Clement: Since I did my burnout, It was a game changer for me. Because I tried to understand what happened to me. So, it’s been five or six years. Since I’m 23 that I’ve been interested in this. So I read a lot of books, and I did a lot of things, went to a lot of conferences. So now I think that I can give back what I’ve learned.

Katrina: So, if people want to find out more about you and what you do they can go to your website.

Clement: Yes, my website is mysensi.me and in the future, it will be a specific platform to find your coach.

Katrina: Again, we are doing an event on the 9th of February, So; you’ll be able to find out more about what Clement does and we look forward to seeing his work. Creating positive changes. So, if you want to change your life. Try it out.

Katrina: Nice to talk to you

Clement: Nice to talk to you as well. 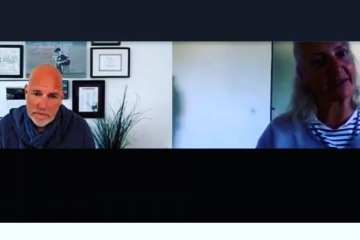 Interview with Stephan Thieringer, Founder of the Human Innovation Garage 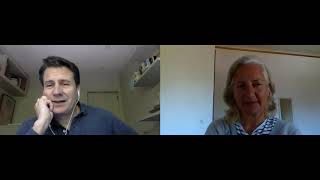 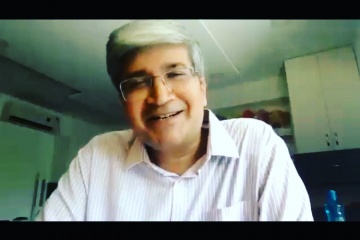