Traveling is full of ups and downs as you begin to navigate cultural differences, and being in a city that is unfamiliar is bound to be full of surprises. However you tend to forget how these culture shocks can show up in settings you usually find to be familiar.

On the surface, Sonar appeared to me to be like any other music festival: great music, huge crowds, and water being sold for outrageous prices. But even in a concert setting that I thought myself to be a “native” to, I still found myself surprised to see how something so universal as music could be experienced so differently.

This year Sonar celebrated its 25th anniversary. To commemorate this special year, 126,000 people attended the festival, more than ever before in its history its website boasts.

As my friends and I made our way through the night, there were 3 aspects of Sonar that made it unlike any festival I have ever attended.

In the US, a festival crowd is survival of the fittest. Concert goers will arrive when the doors open so they can sit at one stage in order to be front row when their favorite artist comes one. As the night goes, the closer you are to the stage, the less room you have.

This creates problems, especially if you’re claustrophobic or running low on water. That friend who left for the bathroom? Say goodnight to them because there is zero chance they will be able to fight their way back to your spot (if they’re lucky enough to spot you in the sea of people). I have been to festivals where people pass out from heat exhaustion or lack of water and it becomes difficult to get them out of the crowd to get medical attention. What’s more, there’s a general hostility in the crowd as everyone is fighting and pushing for the best view.

I feel this stems from the social media culture that entices everyone to compete on having the best night. “Did you even really go if you didn’t put it on insta?” This mentality says it doesn’t matter what you’re actual experience was, just as long as your pictures will make someone jealous, it was worth it.

It is worth noting that the crowd at Sonar consisted of an even spread of people from different age ranges versus a massive amount of highschool and college age kids we expect at concerts.

Sonar mystified this expectation I had. My friends and I arrive right around 10 PM right when the headliners for the night, Gorillaz, began. The crowd isn’t shoulder to shoulder but spread out and authentically enjoying the music. A large portion of the crowd danced and sang along to the groovy sounds of the Gorillaz. We managed to stand within 20 feet of the stage and had a large bubble of space that we could spread out and dance along with the locals. It was one of the best concert experiences I had.

Influenced by the crowd, the atmostphere of the event was open and friendly. Despite the ever looming threat of having your phone pickpocketed, my friends and I were relaxed and had light plesentries with other attendees. Whether in the enormous line at the bathroom (where one woman shared her private stash of toilet paper with me, a coveted resource at festivals) or waiting in the crowd for the next artist, we danced and chatted with locals and visitors of Barcelona.

Even though I was quite a bit younger than many of the people we met, the exchanges were fun and interesting. Music was the equalizer and made the event universal, even across generations. We were not judged for our youth or belittled by it, and the same experience was had for the veteran concert goers.

At one point (which later I would refere to as a highlight of the night) I was dancing along to the fun beats of GoldLink, this woman was passing through and saw me dancing. She was around her 30s but began dancing with me and we encouraged each other with exclamations and laughter. I have never had any experience like this at a festival in the US. The people at Sonar go for the enjoyment and total experience, including the community that attends the concert.

Let’s face it. Spaniards know how to party. Maybe it’s the mid-day siesta that lets them recharge before the night begins, maybe there’s something in the water, but my friends and I somehow managed to keep up with the locals till 6 AM the next morning. Yes, you read that right. After a full day or work on Friday, we arrived at Sonar at 10 PM and did not leave until 6 AM the next day. Because we had been there so long, my friends and I stumbled out of the venue dazed by the sunlight that was beginning to build as the morning began. Sonar had become reality for that night and coming back to the real world was like having a bucket of ice water thrown on us.

It is important to say that not everyone stays that late or long, however there was still a considerable crowd size when we left.

But to give more credit to the locals, many of them also went to Sonar by Day. Maybe it’s something in the water, maybe it’s all of the drugs the dealers were selling in the crowd.

Reflecting on my experience, the biggest takeaway I have is that it is truely the people that make the concert, not the artists. You can see the same artist but have a completely difference experience each time. The community contributes their spirit to the event, and depending on what they give determines what is given back. Sonar has this spirit because the spectators go for the music, not for their social media. This mindset is something I hope to take back with me and share with others in the US, just as Sonar has done for me. 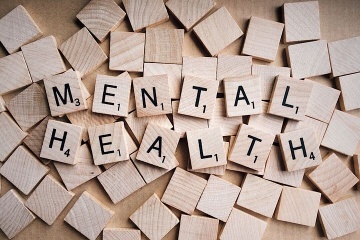